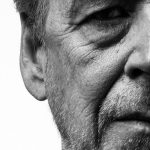 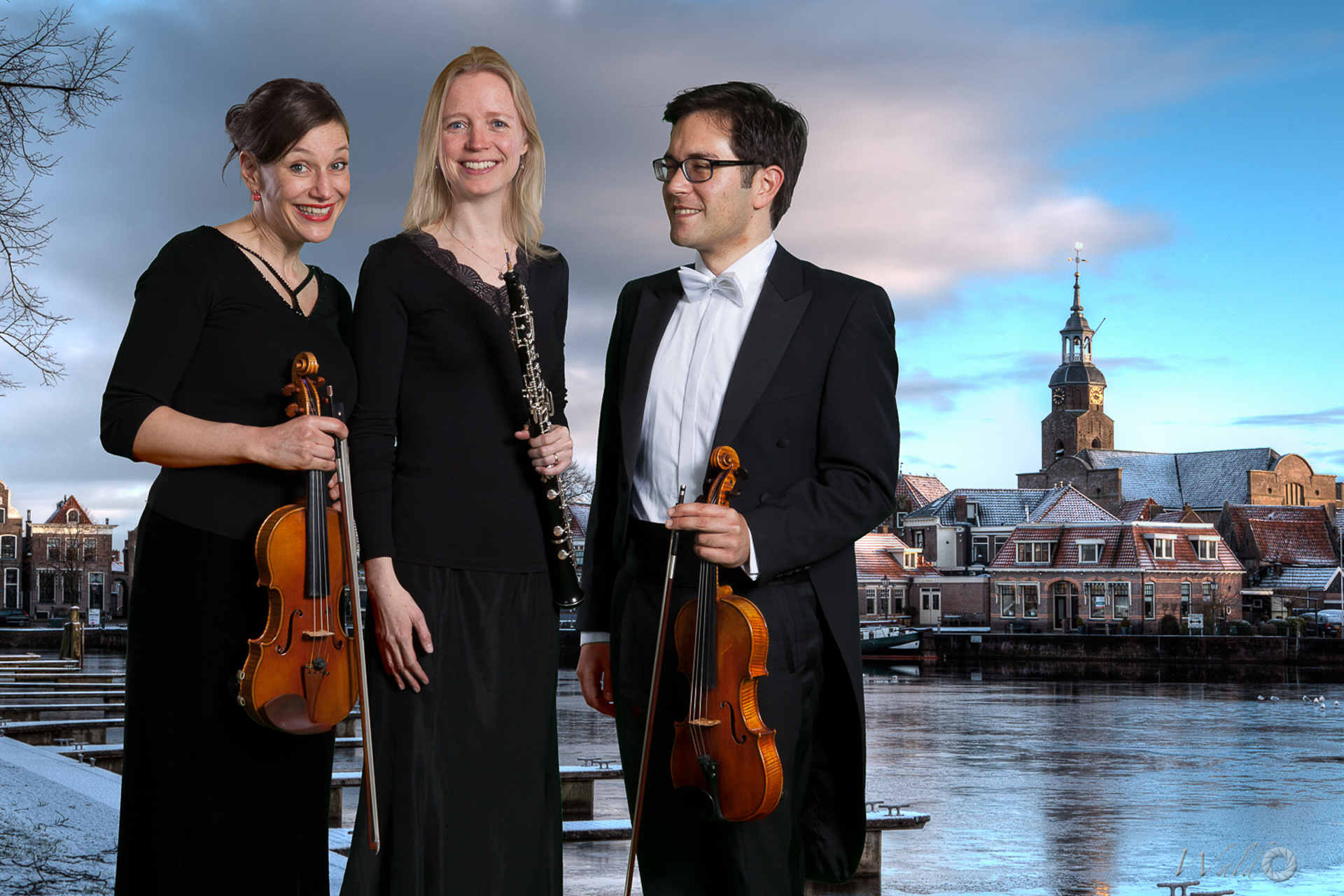 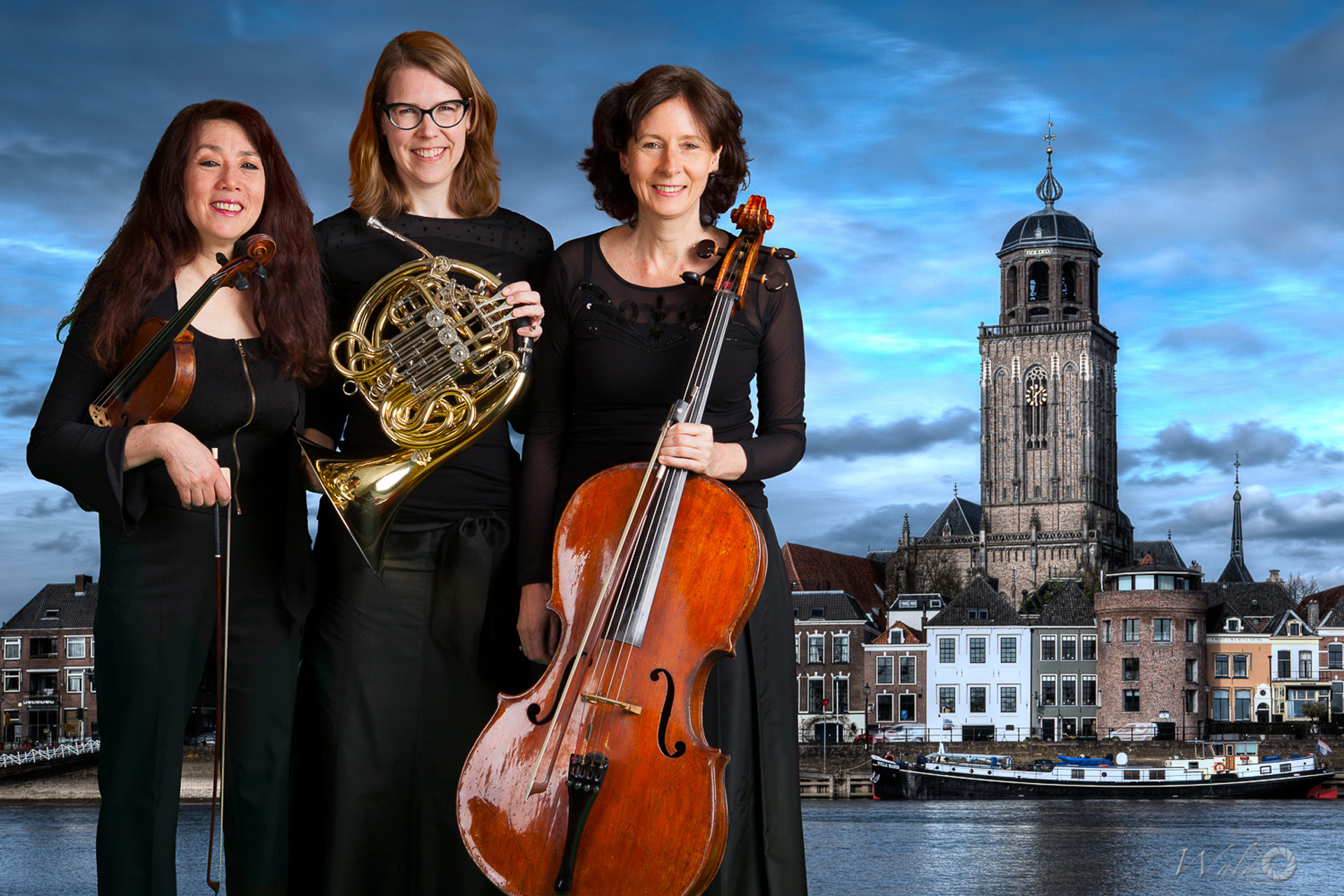 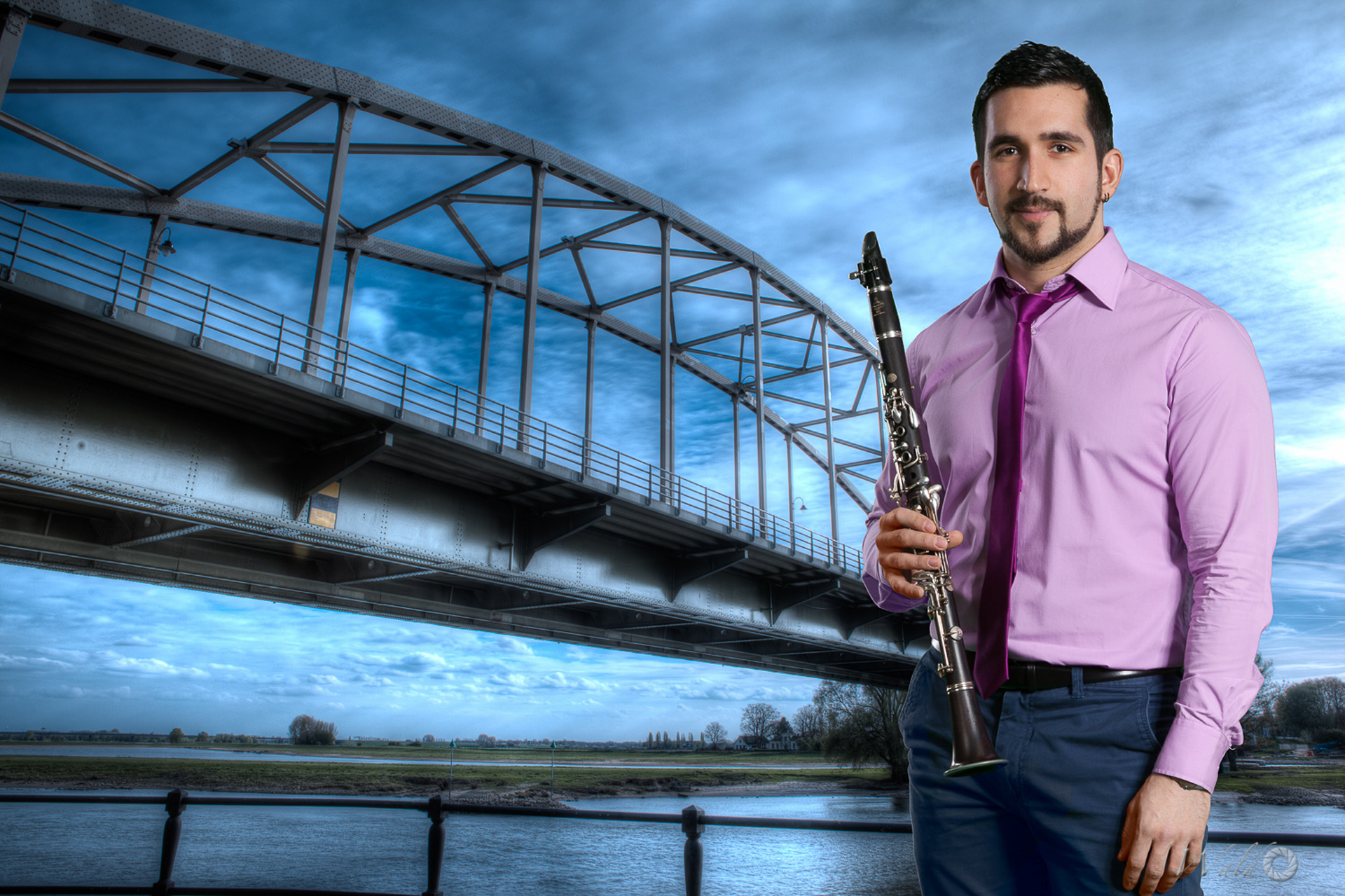 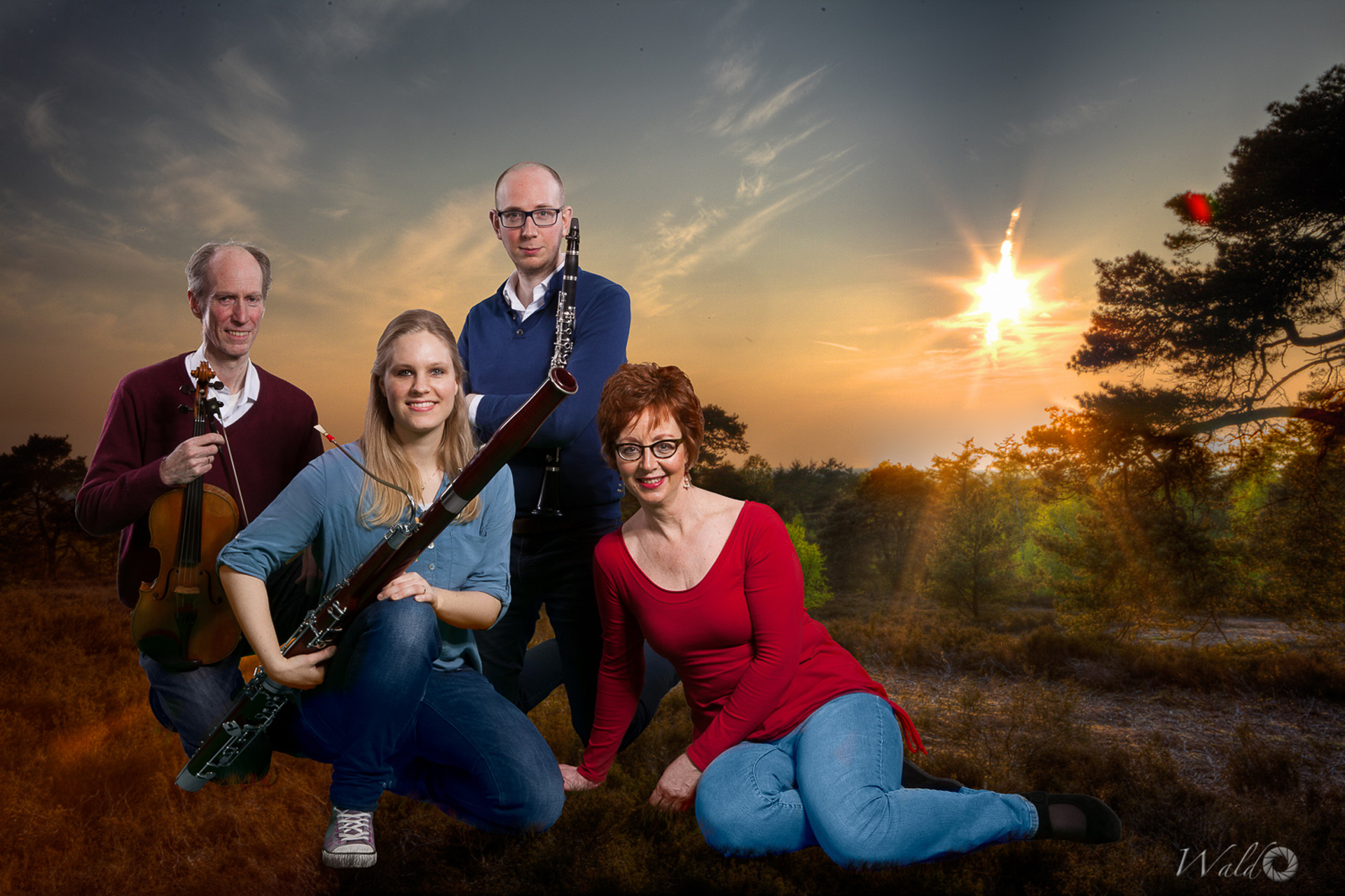 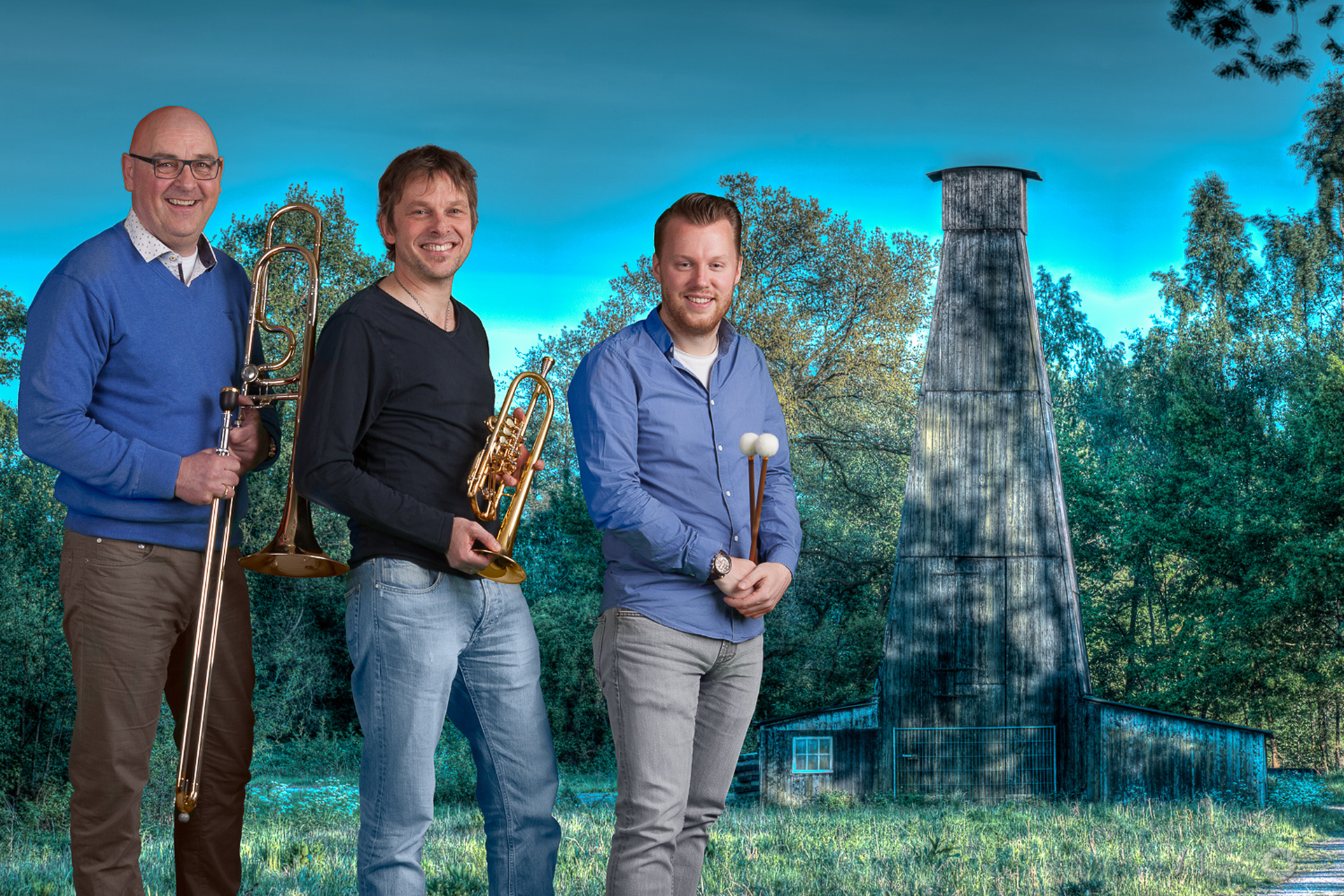 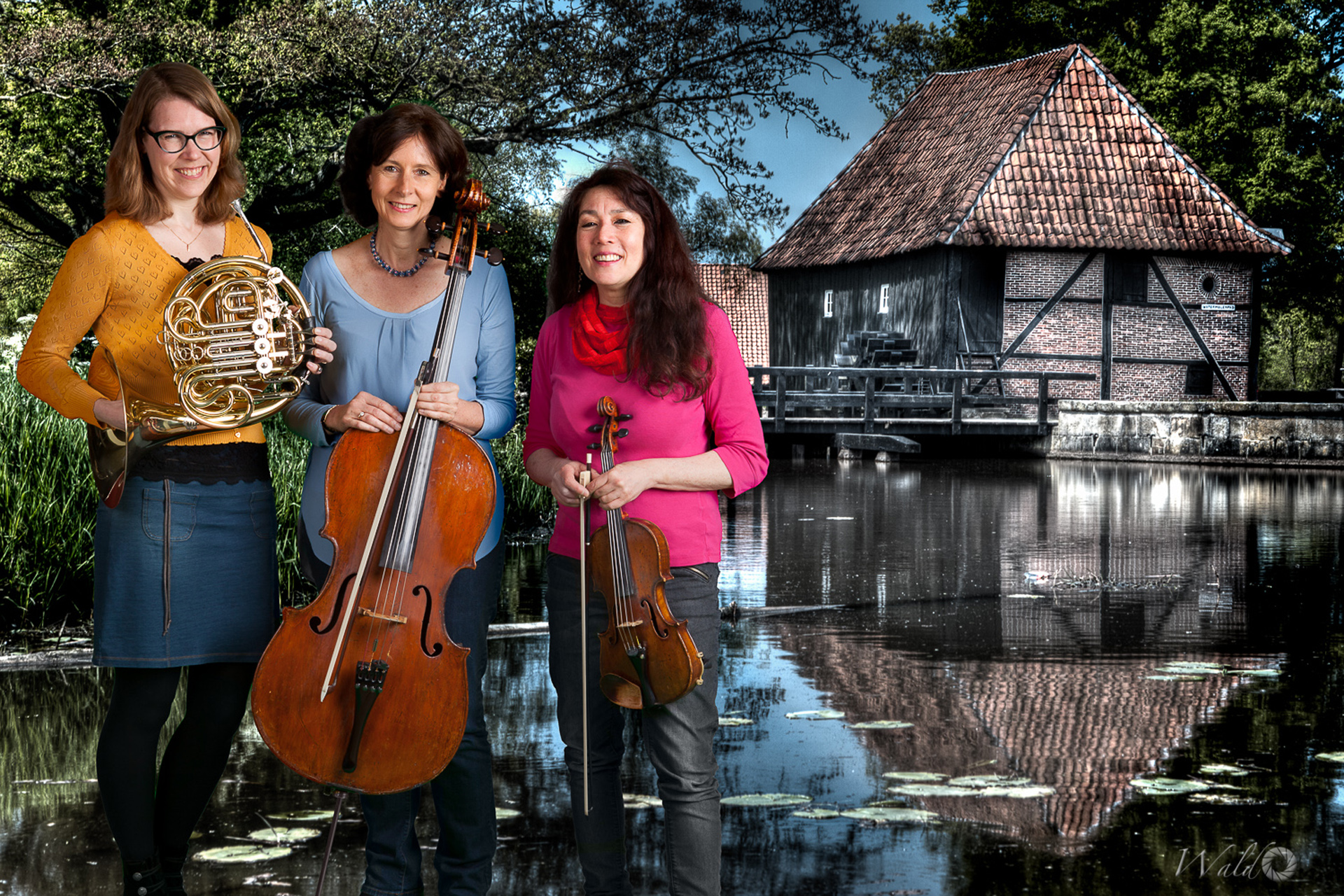 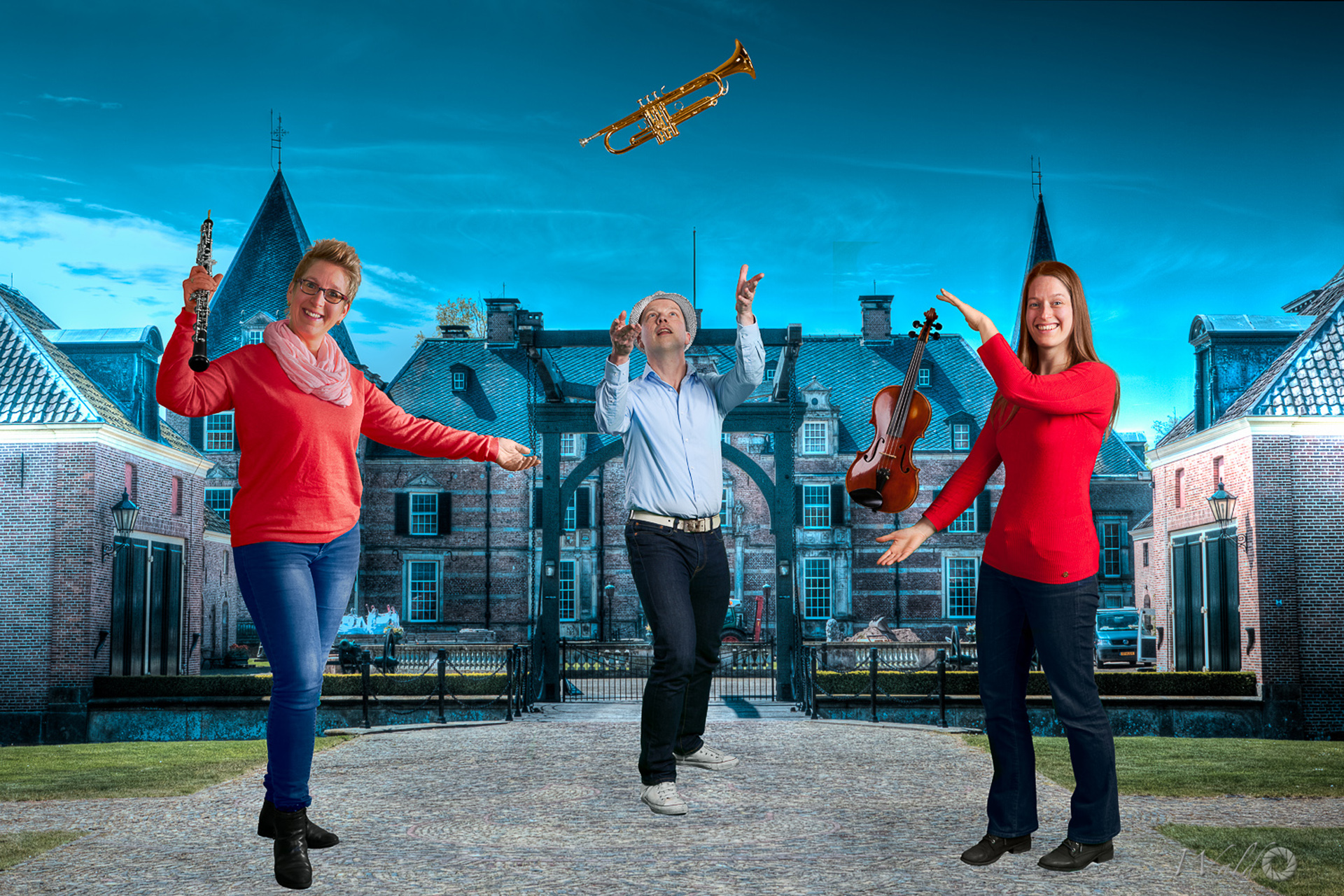 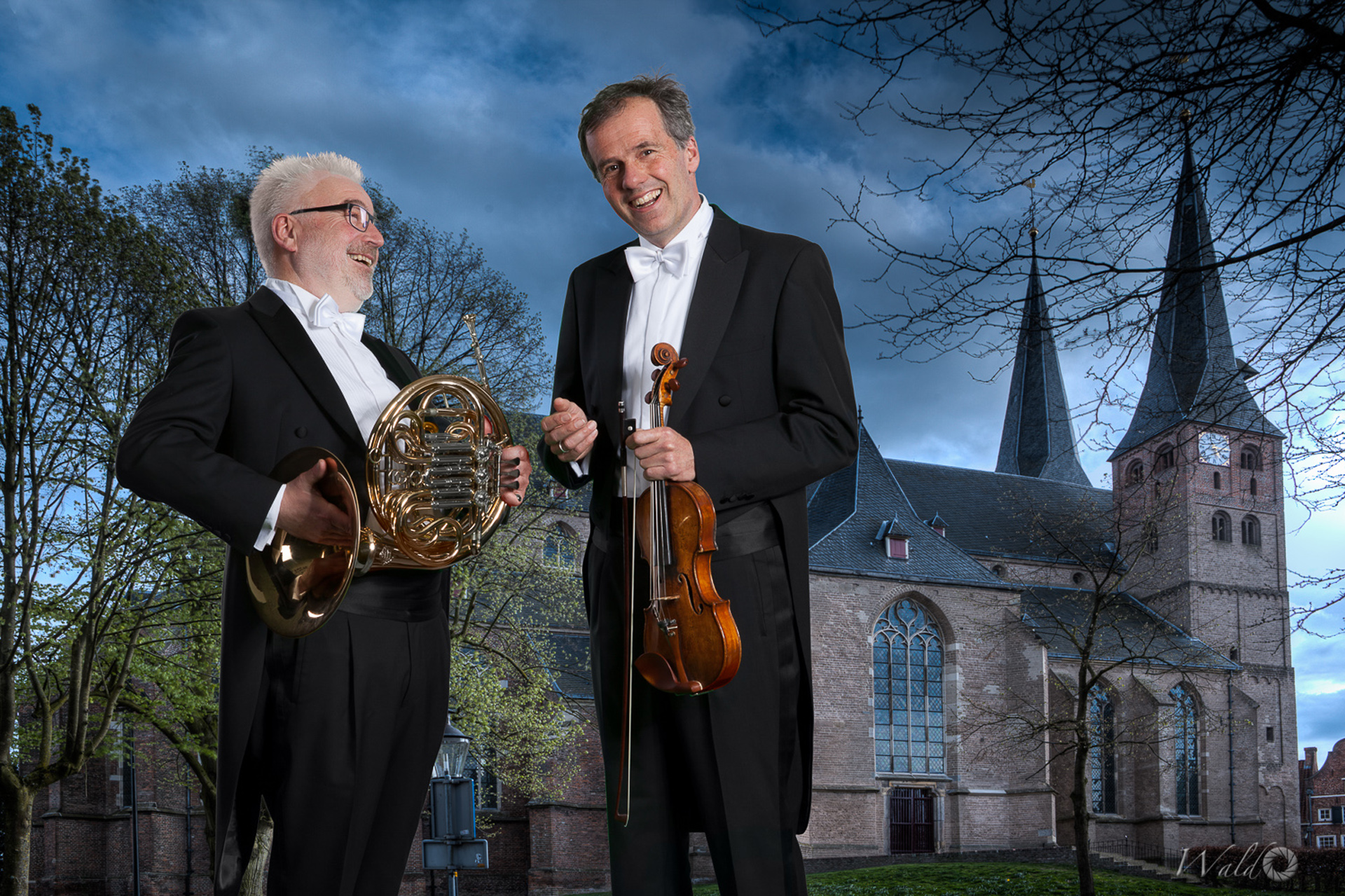 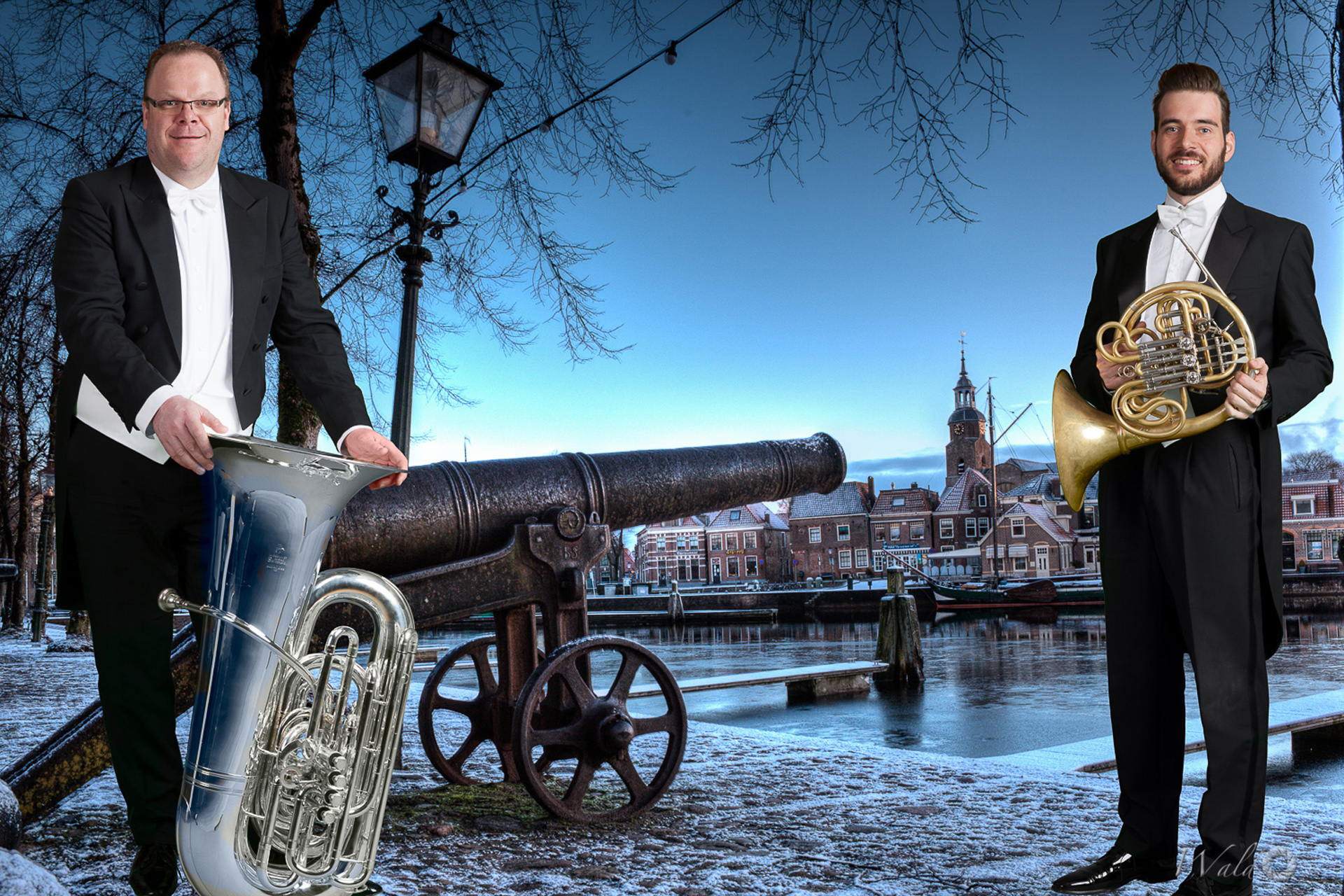 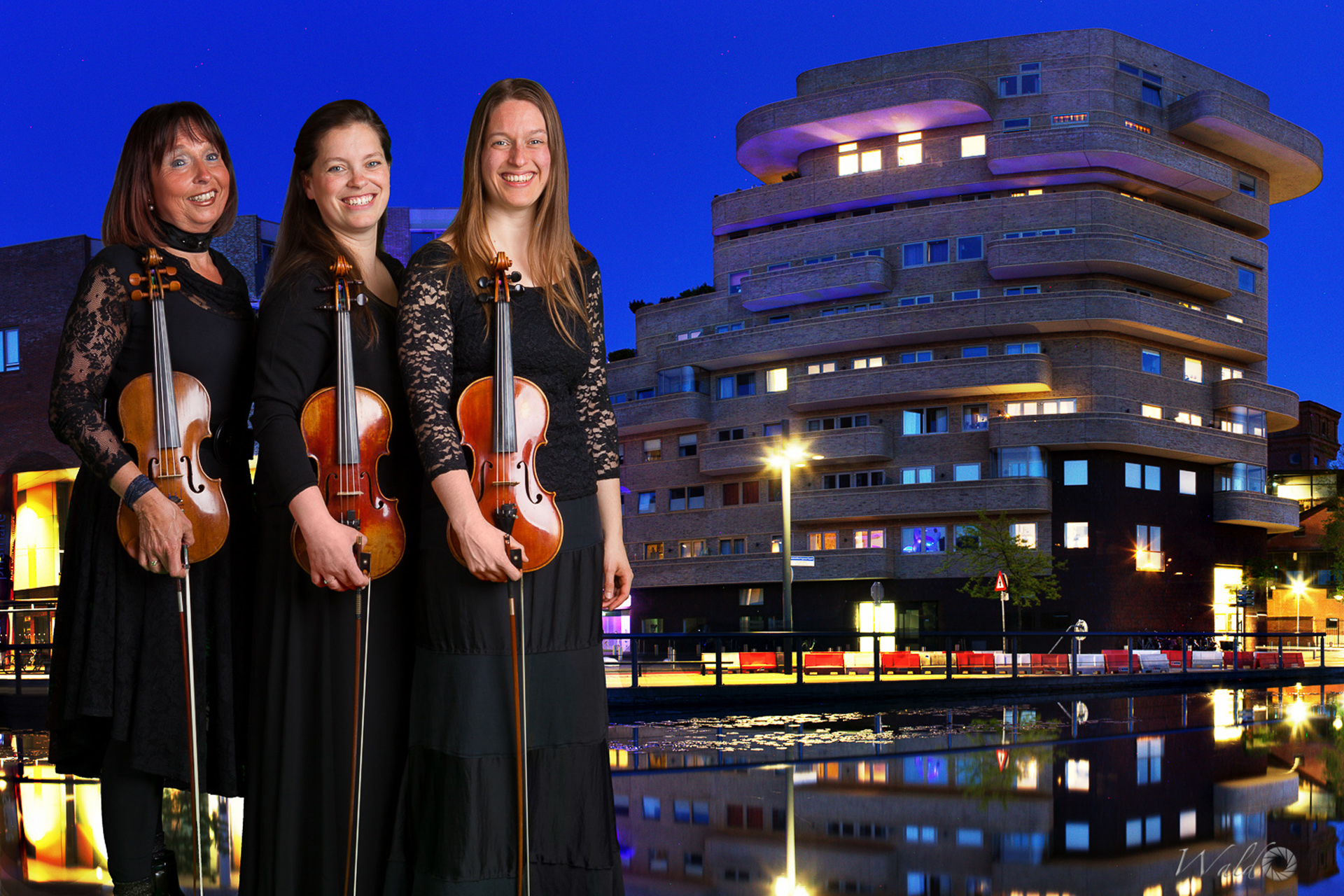 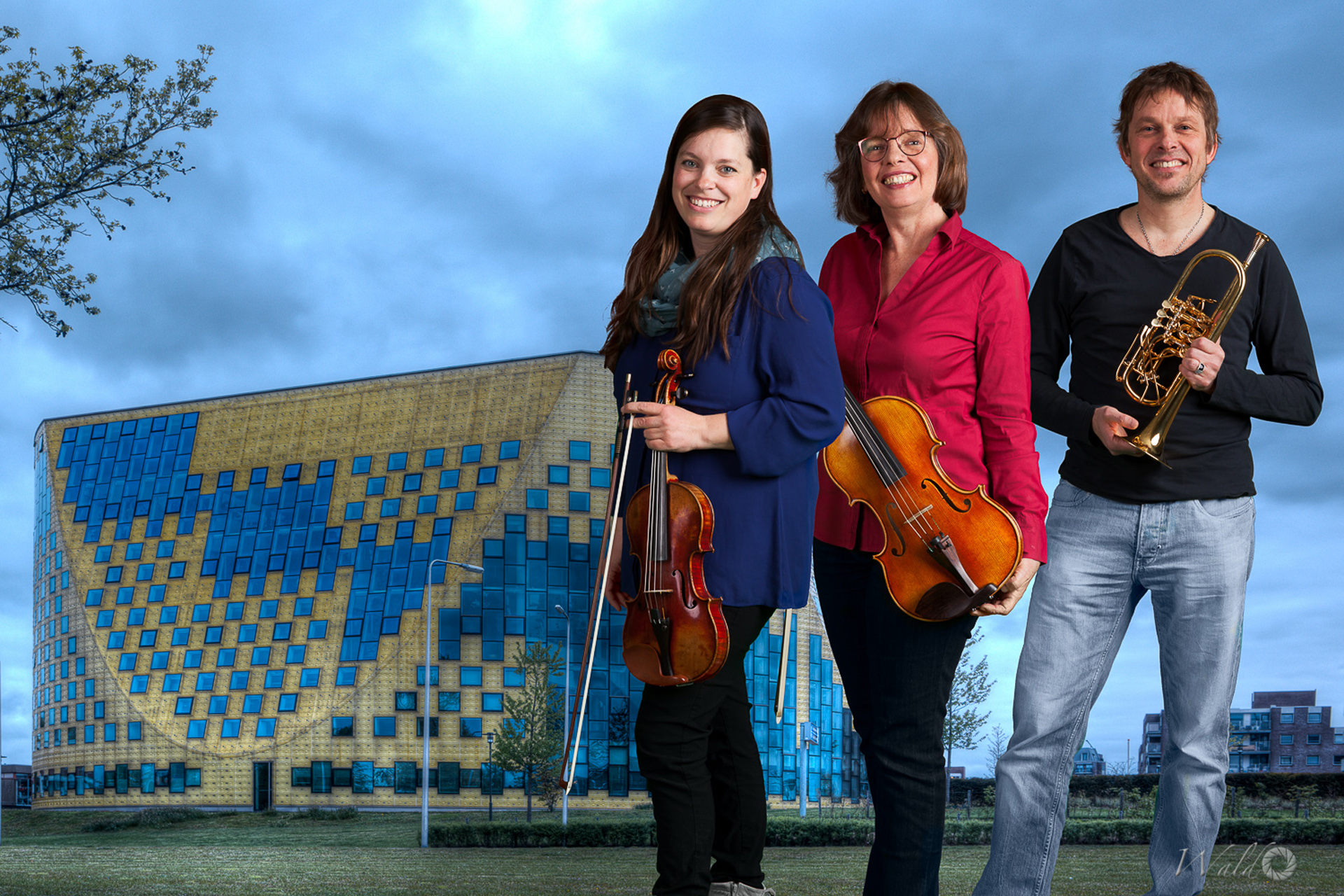 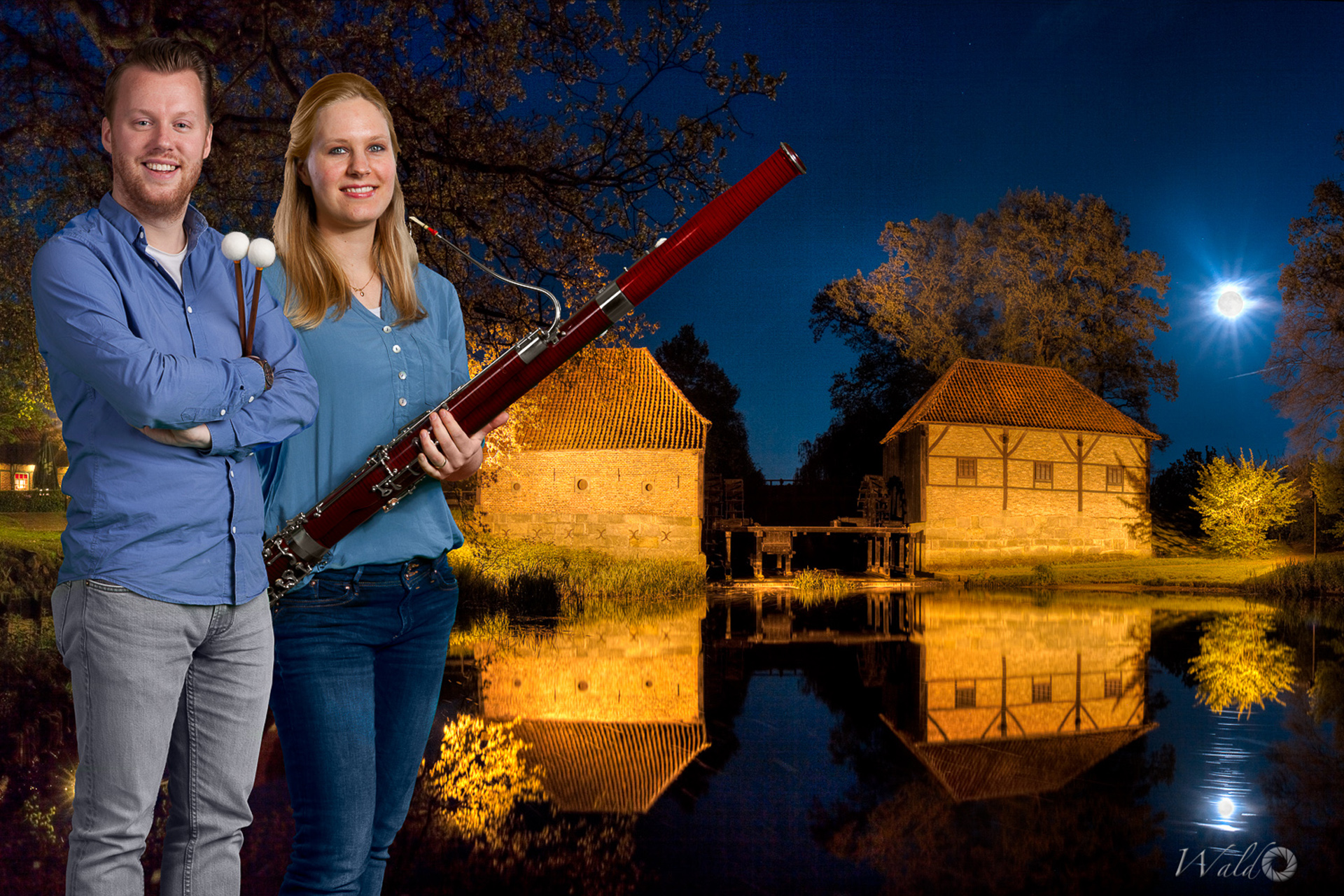 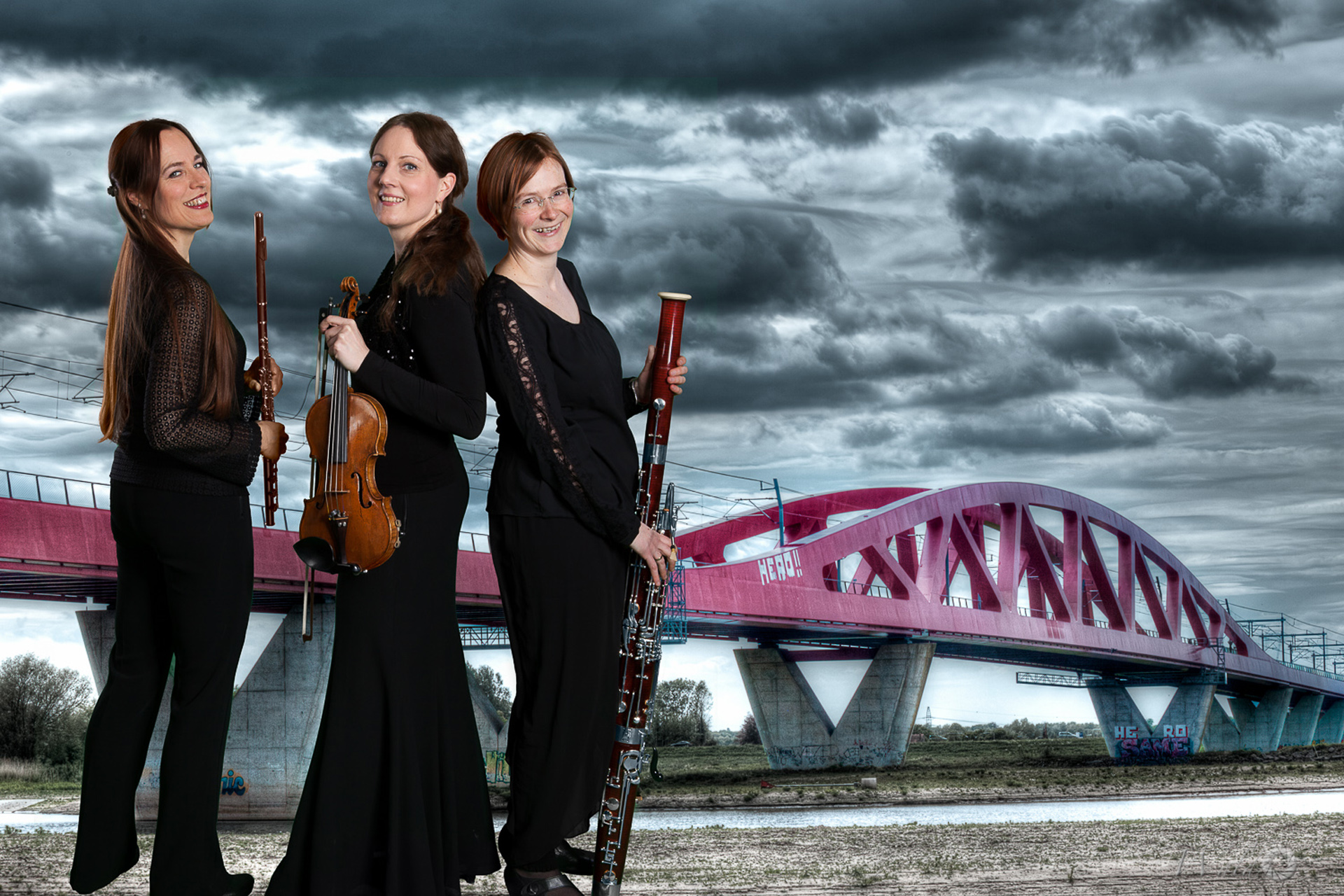 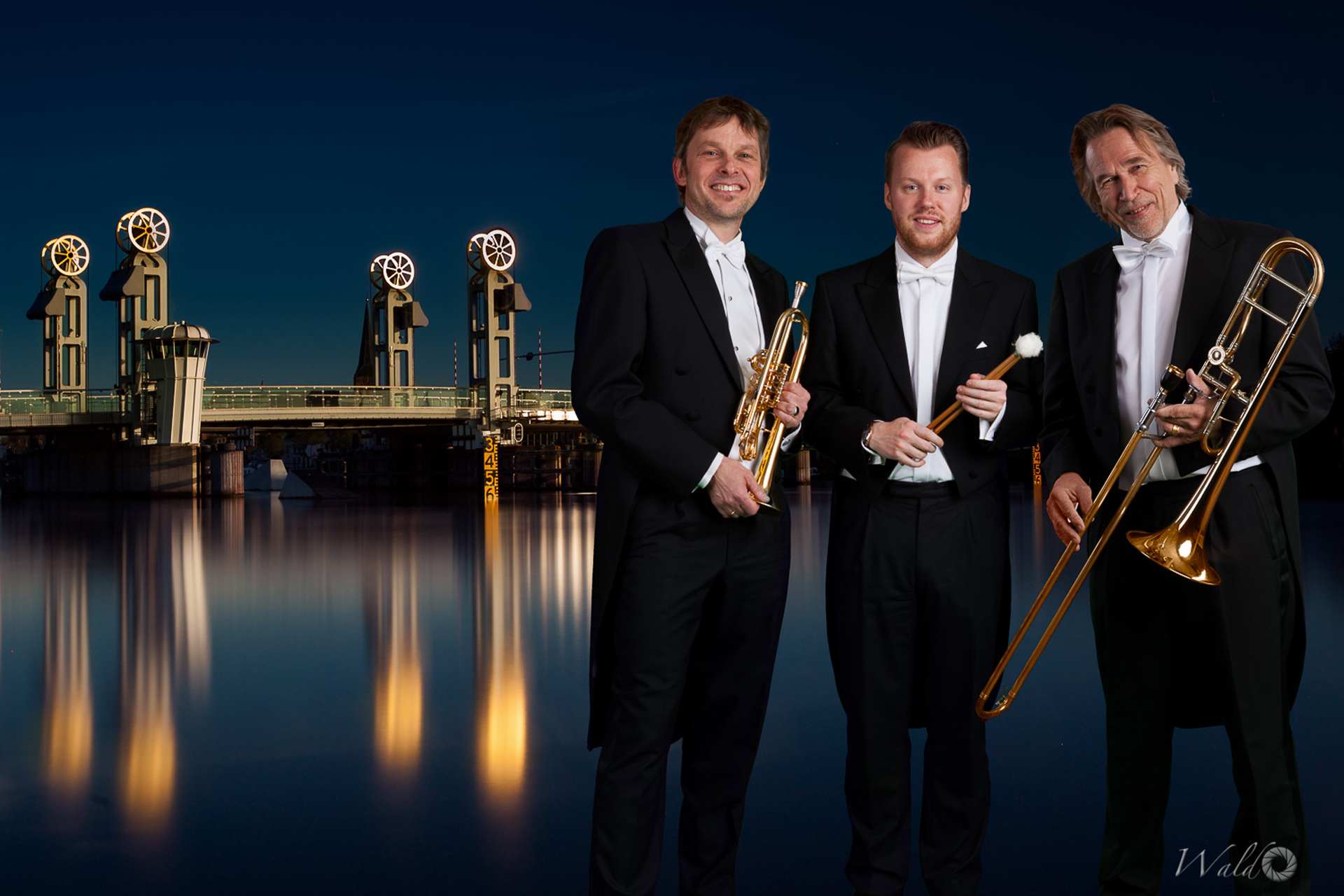 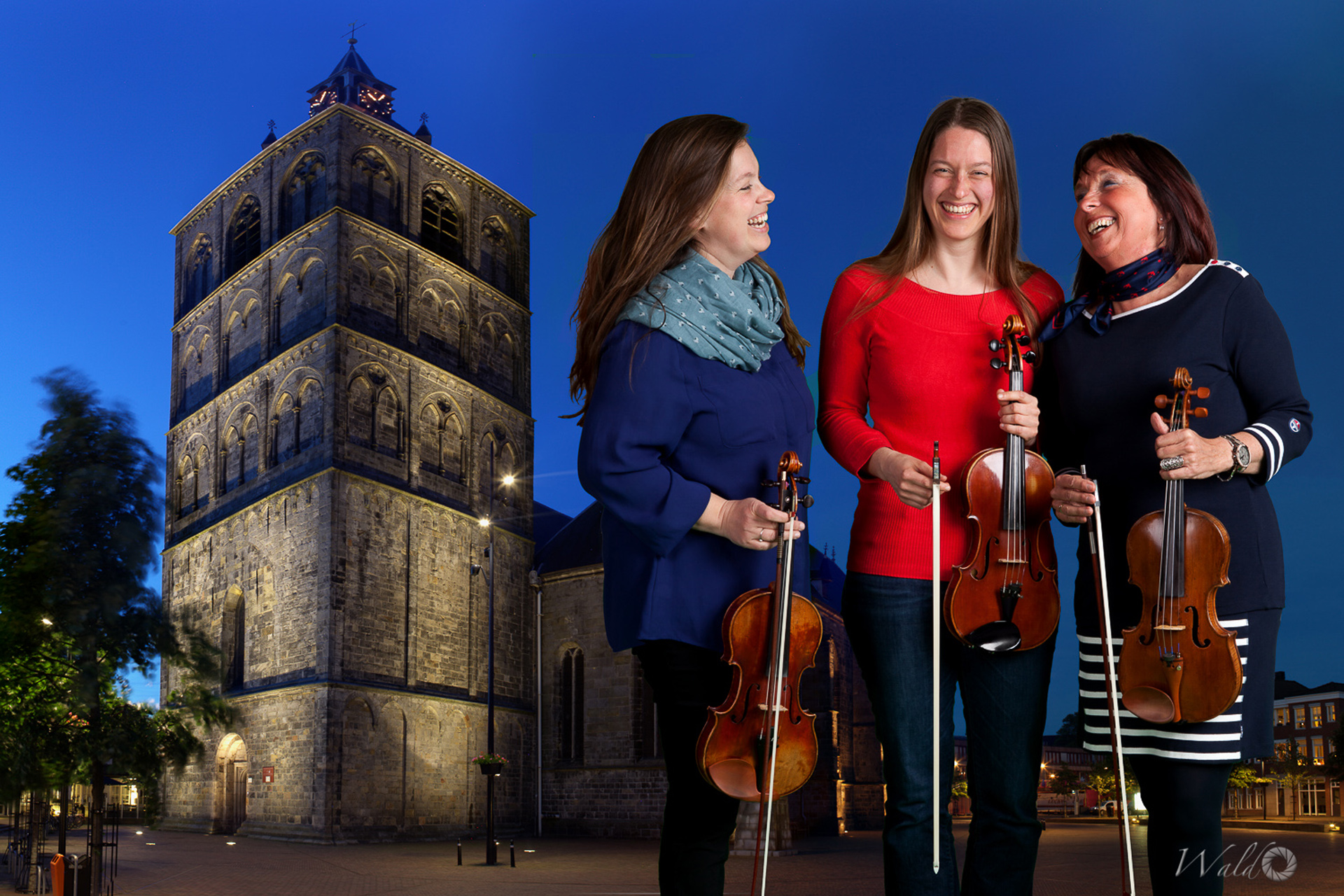 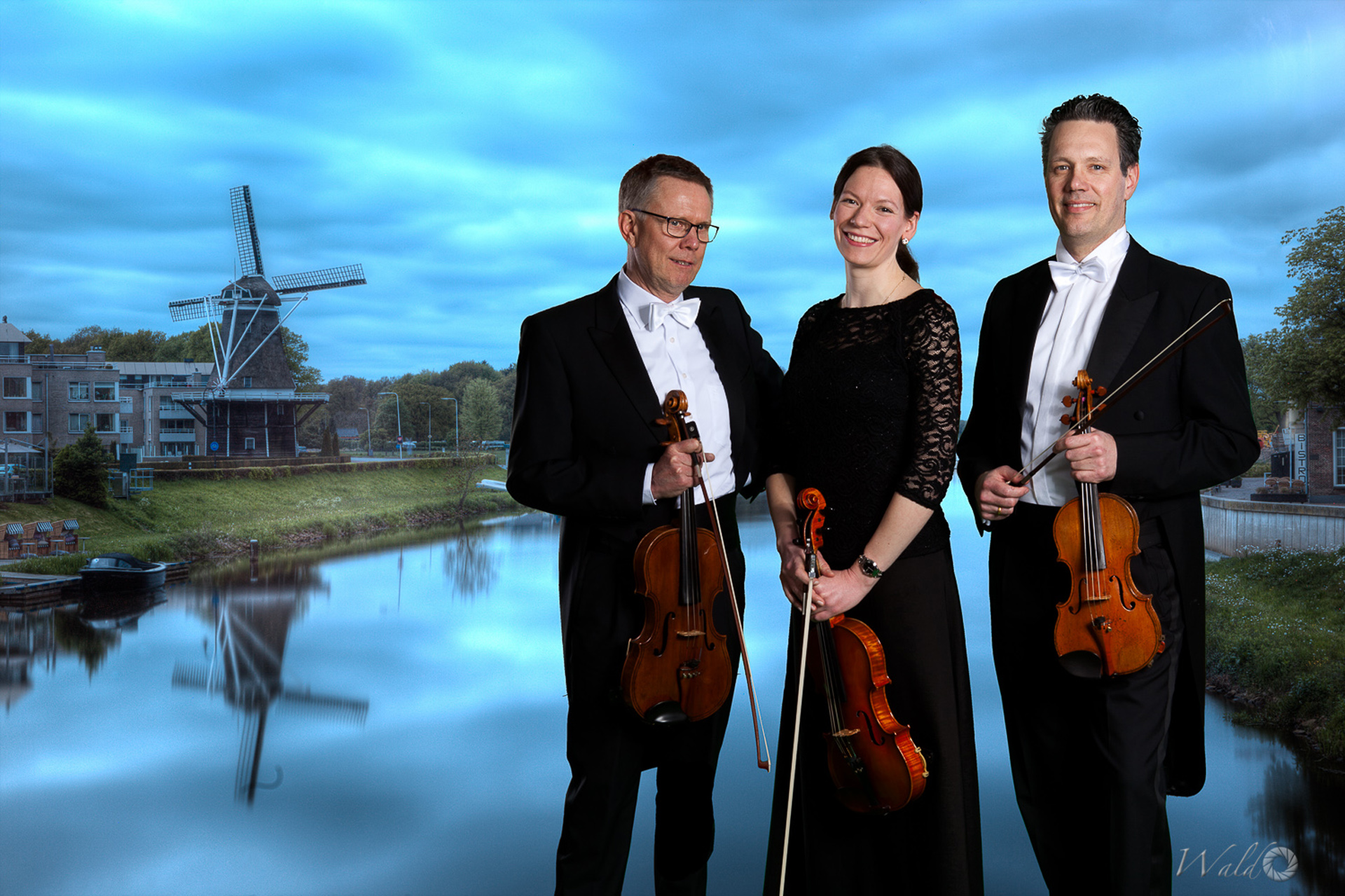 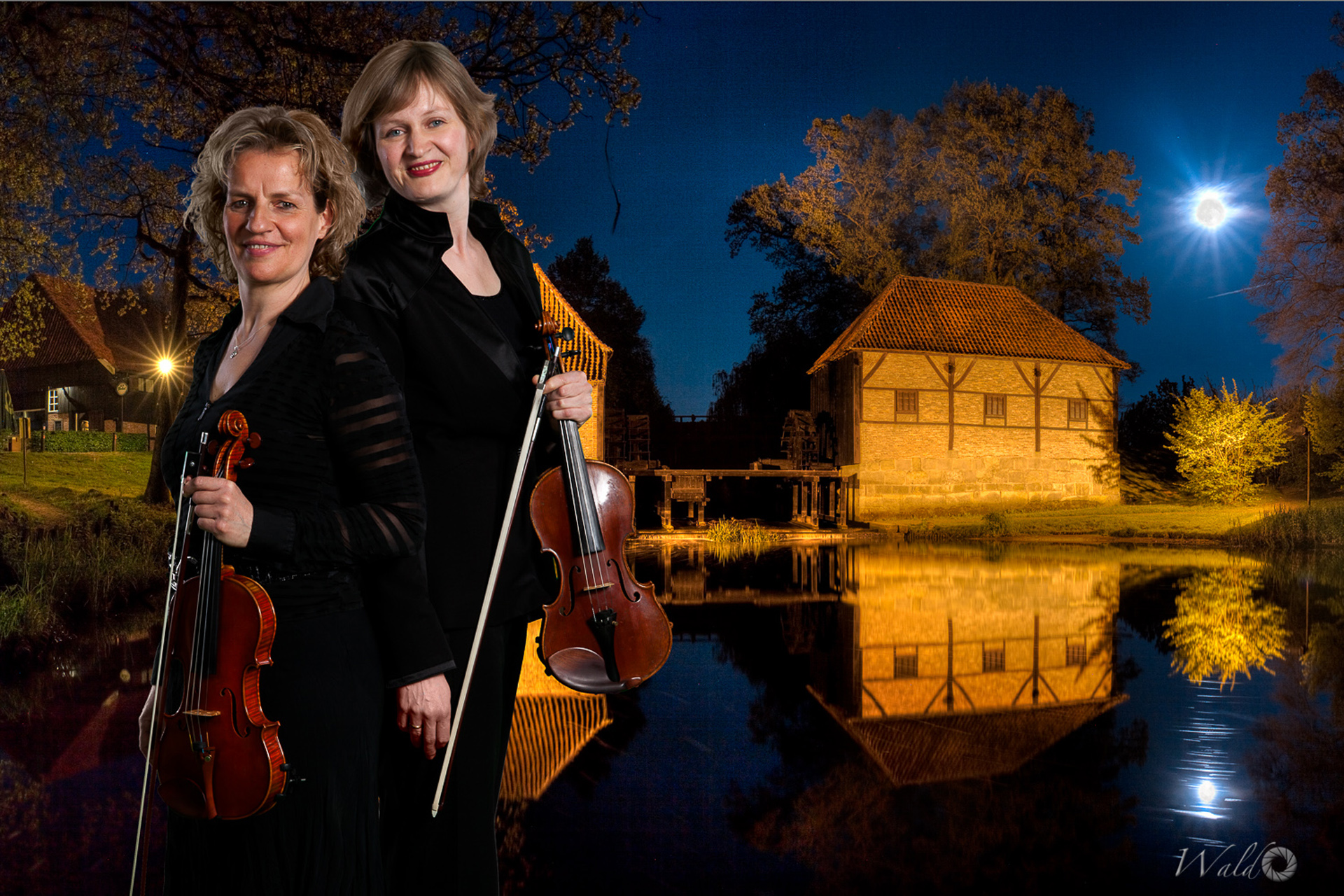 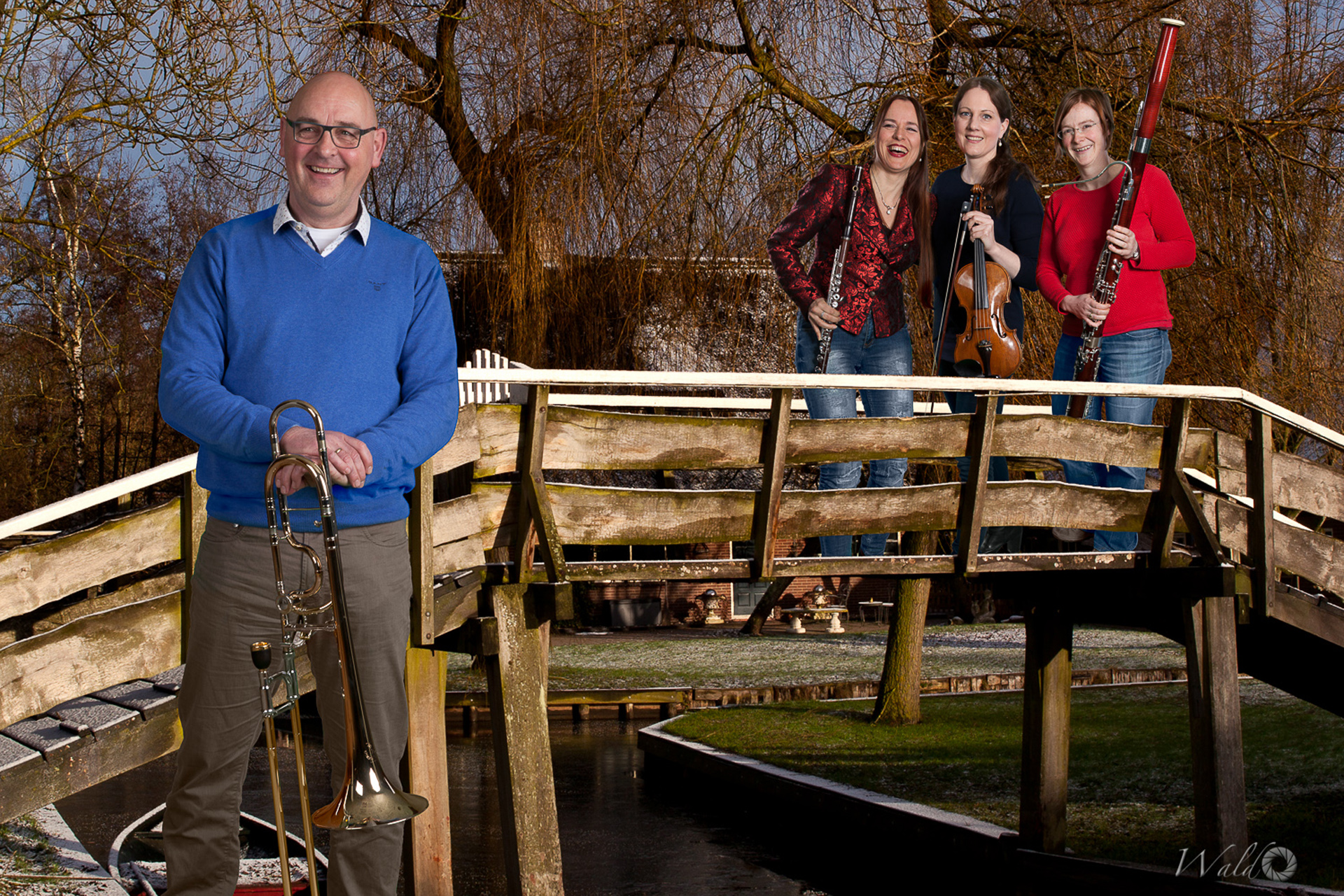 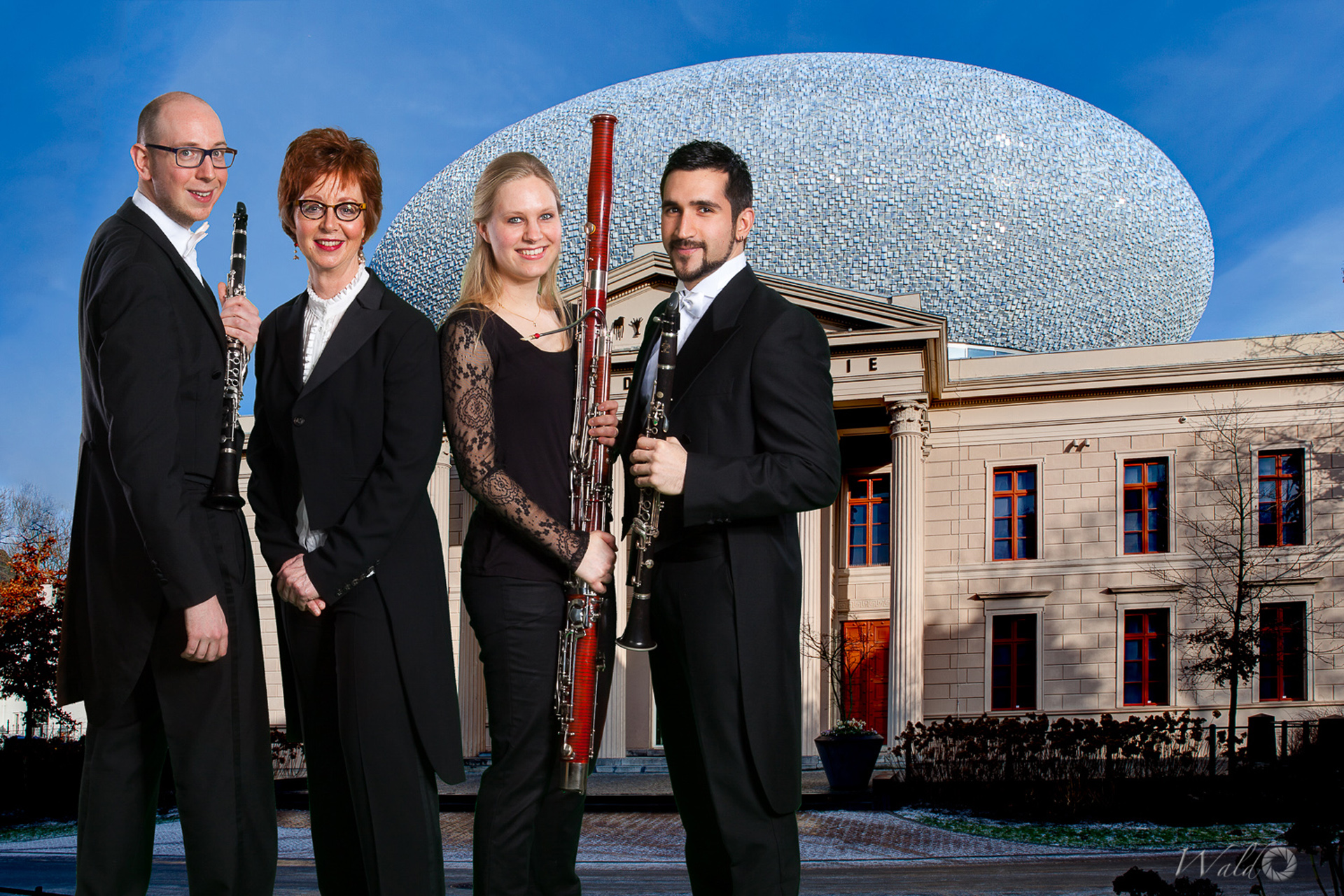 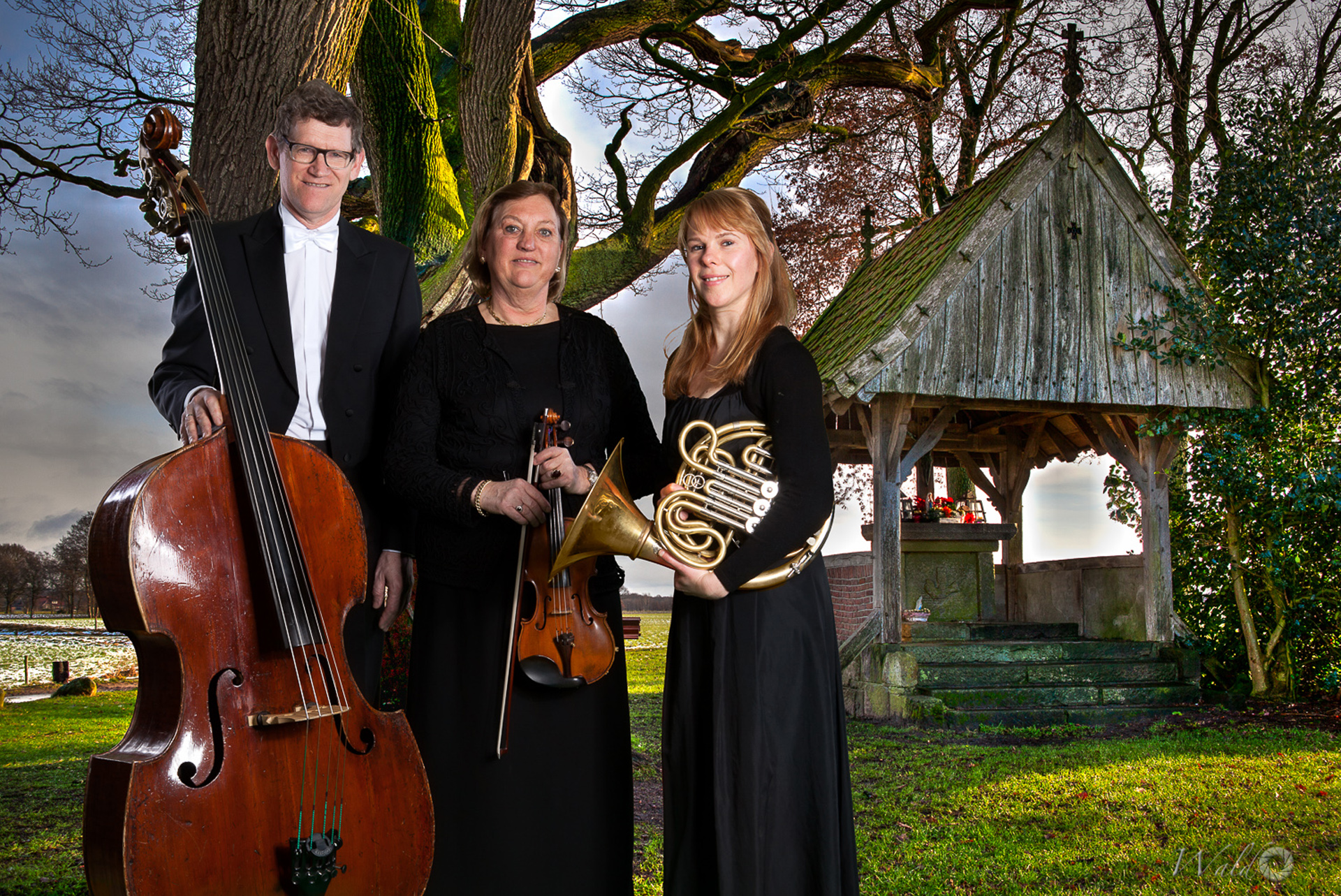 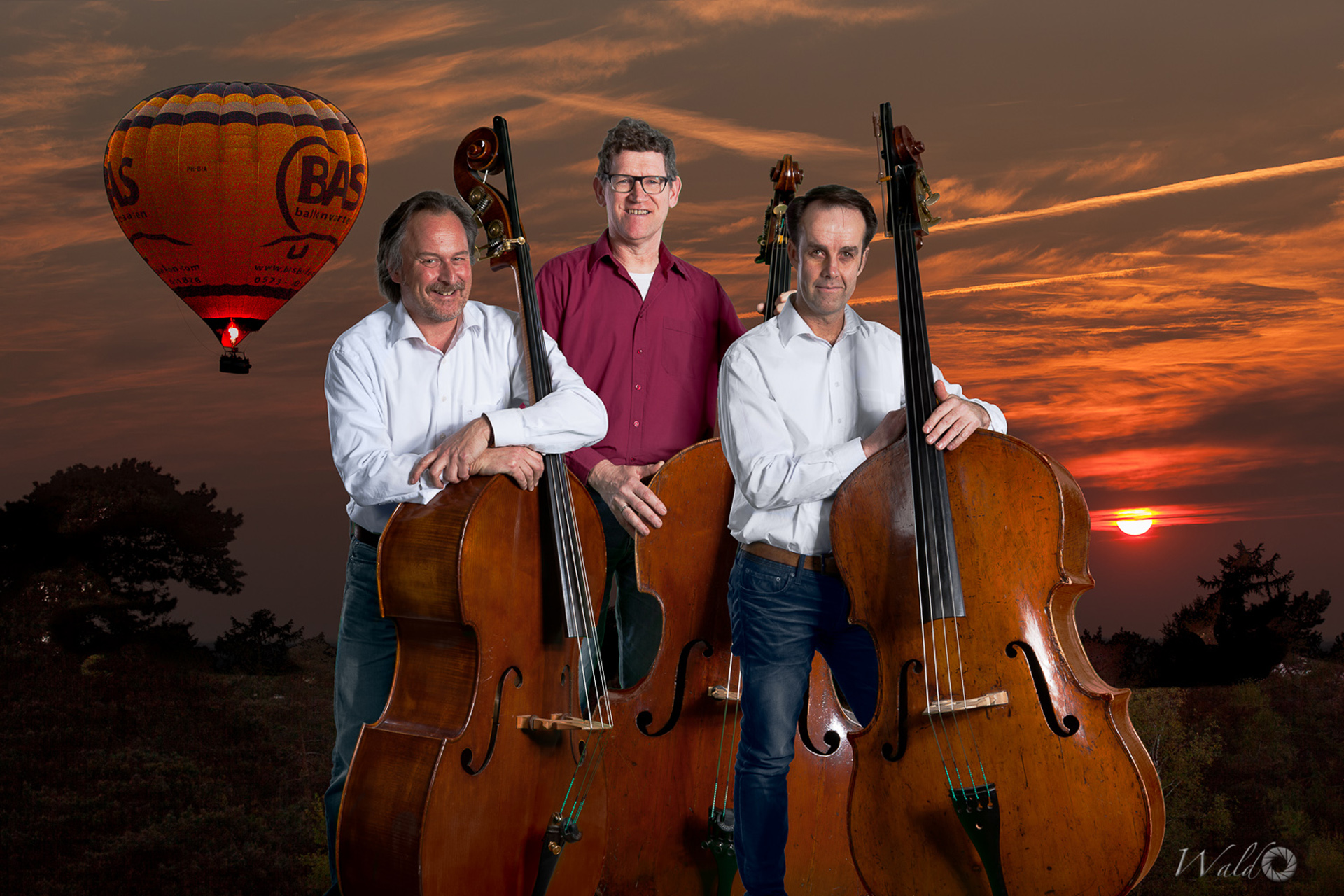 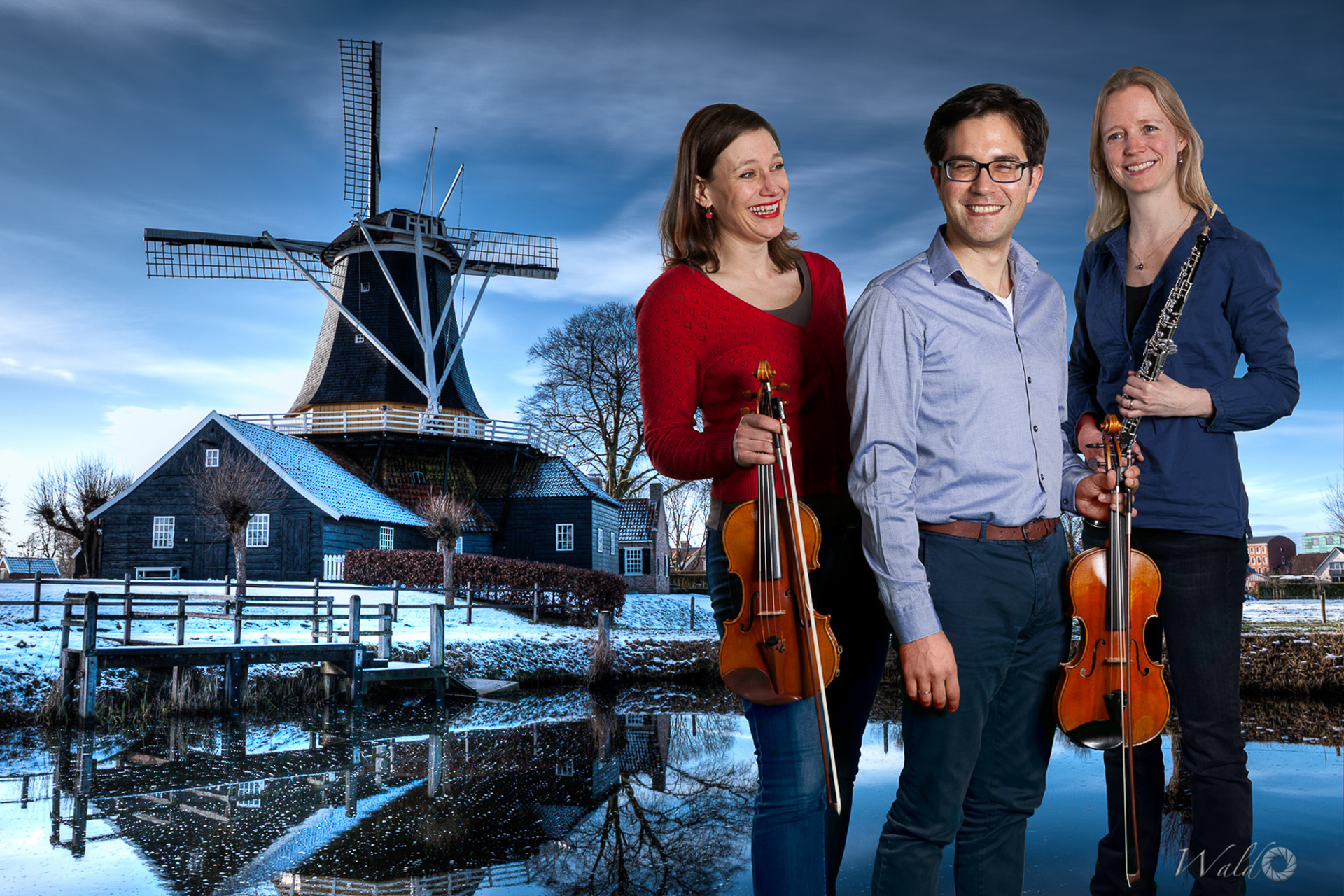 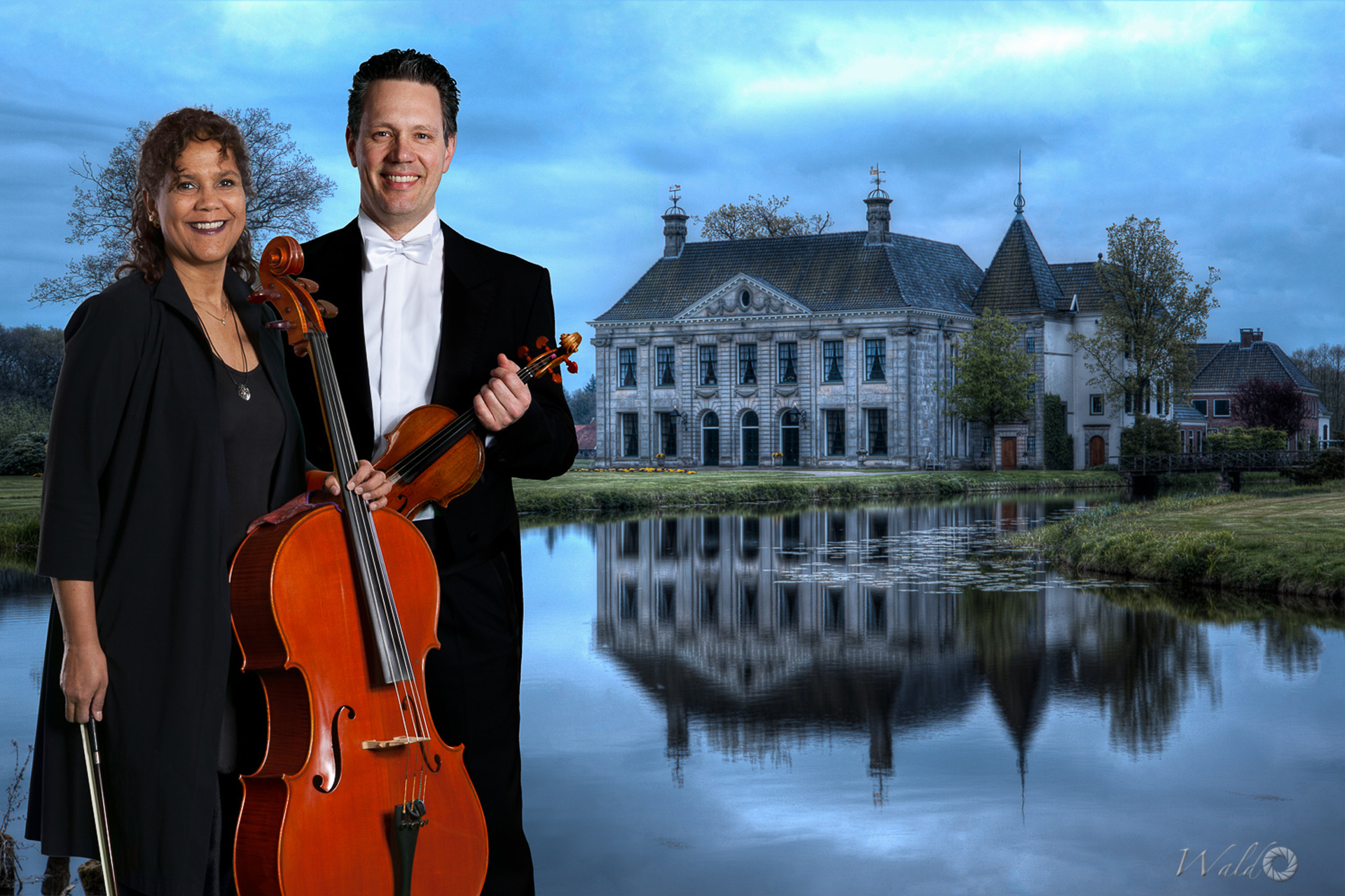 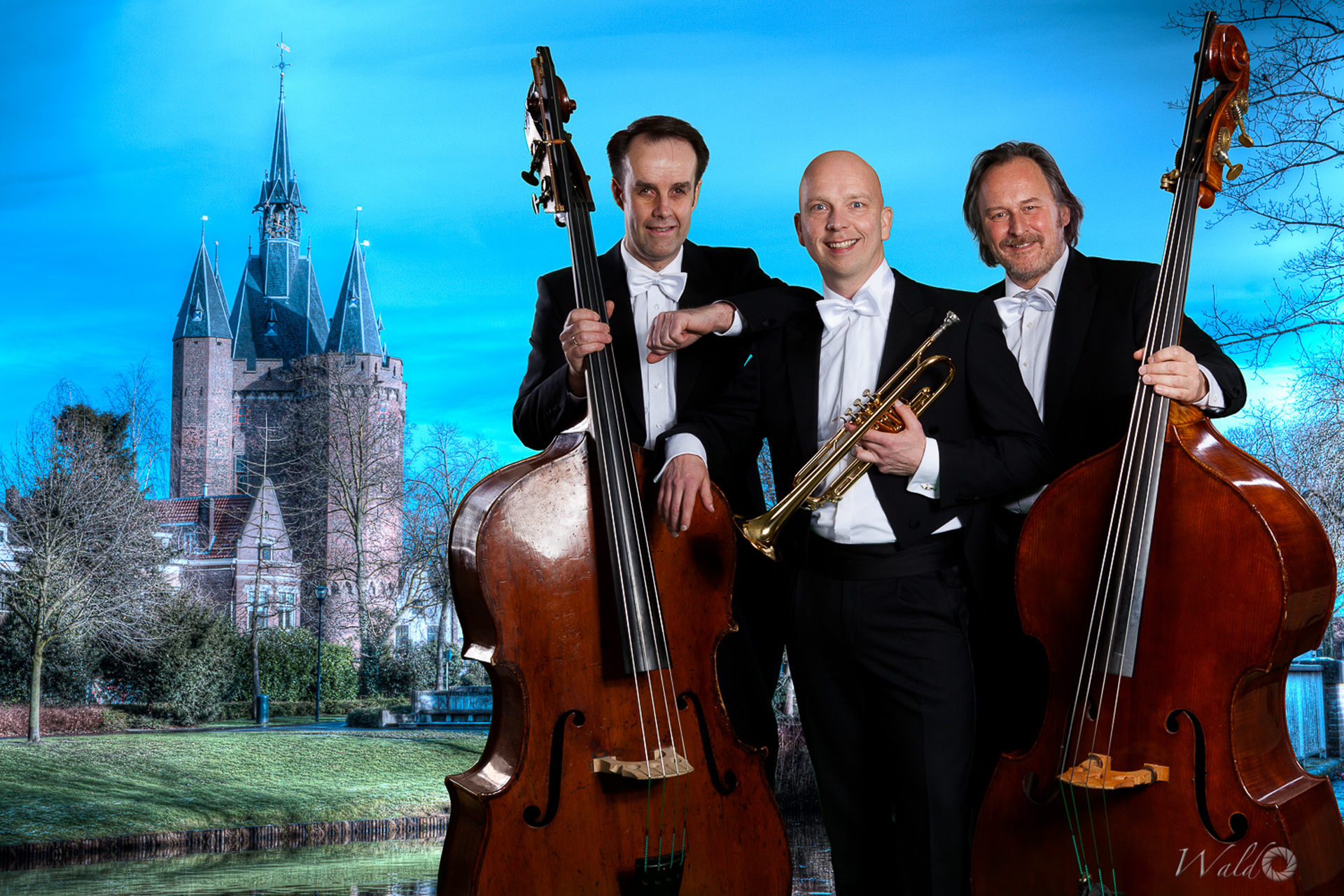 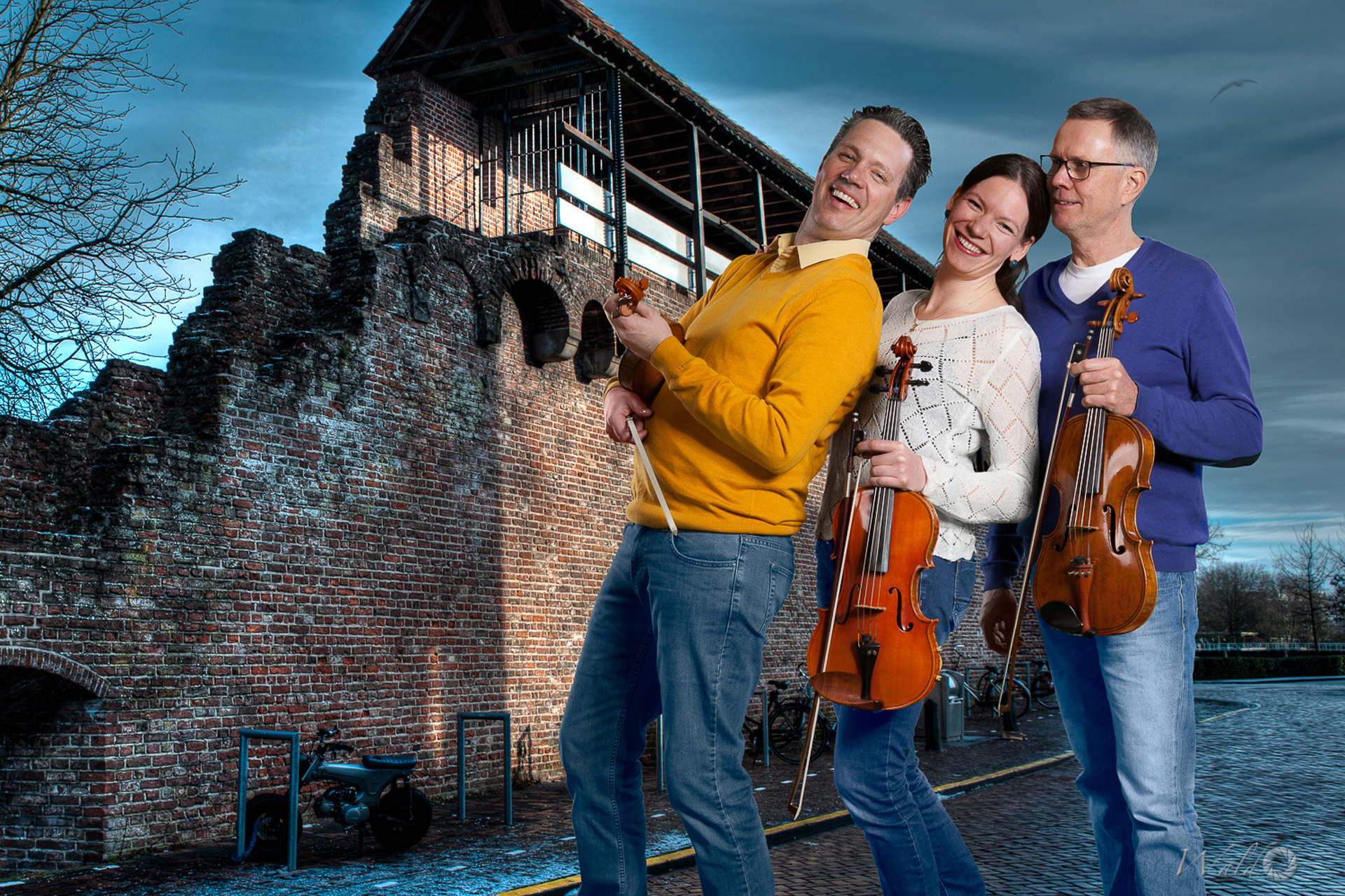 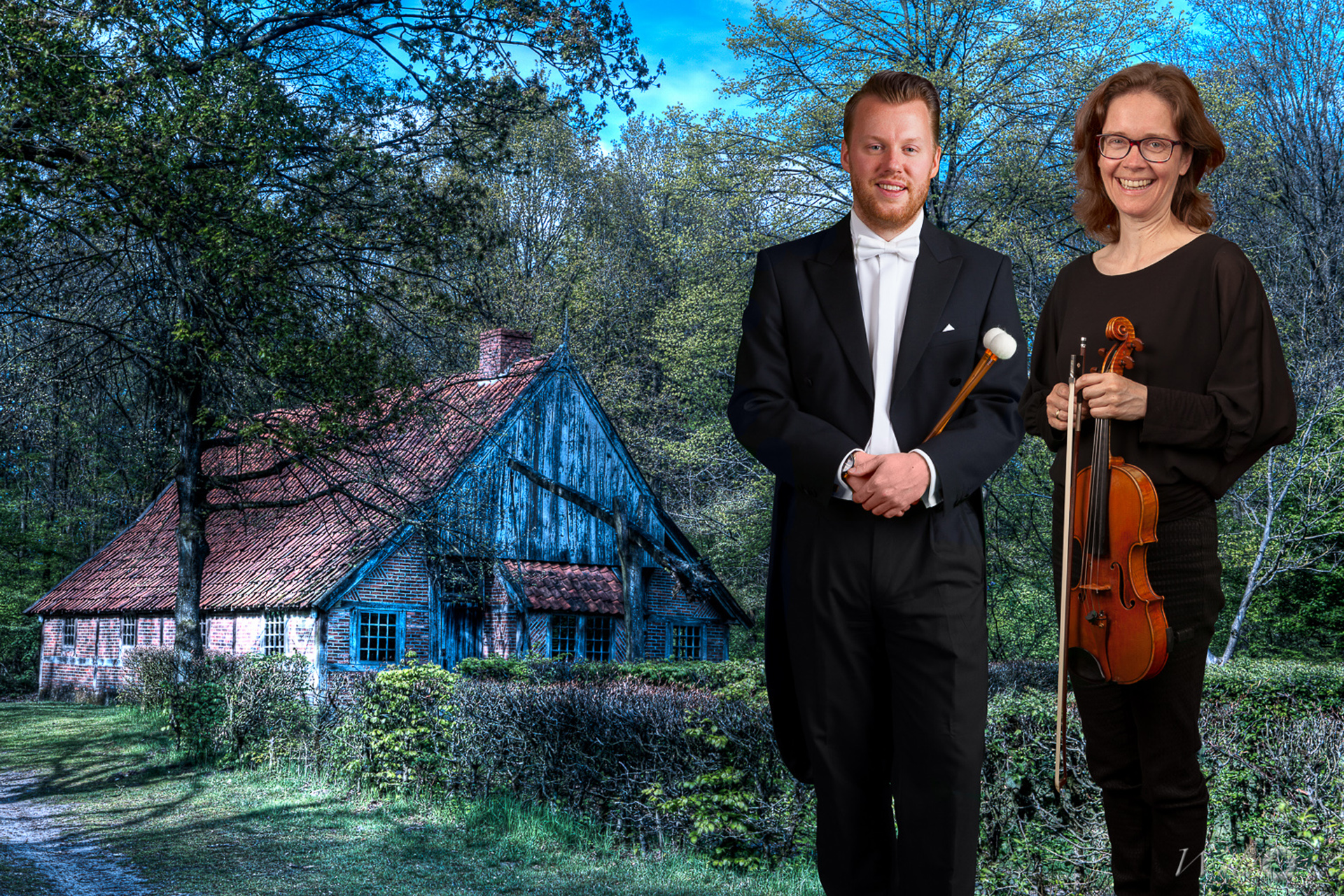 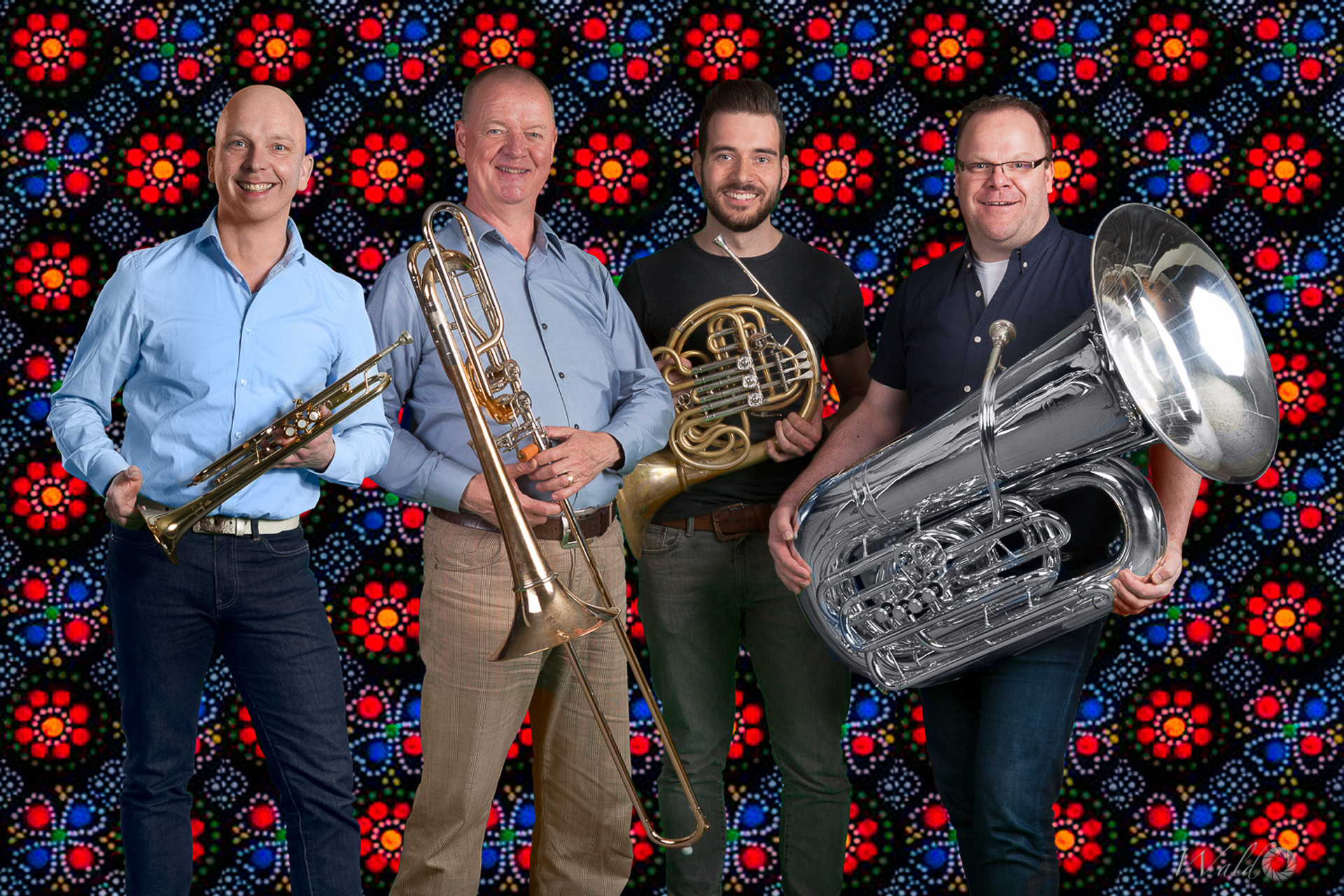 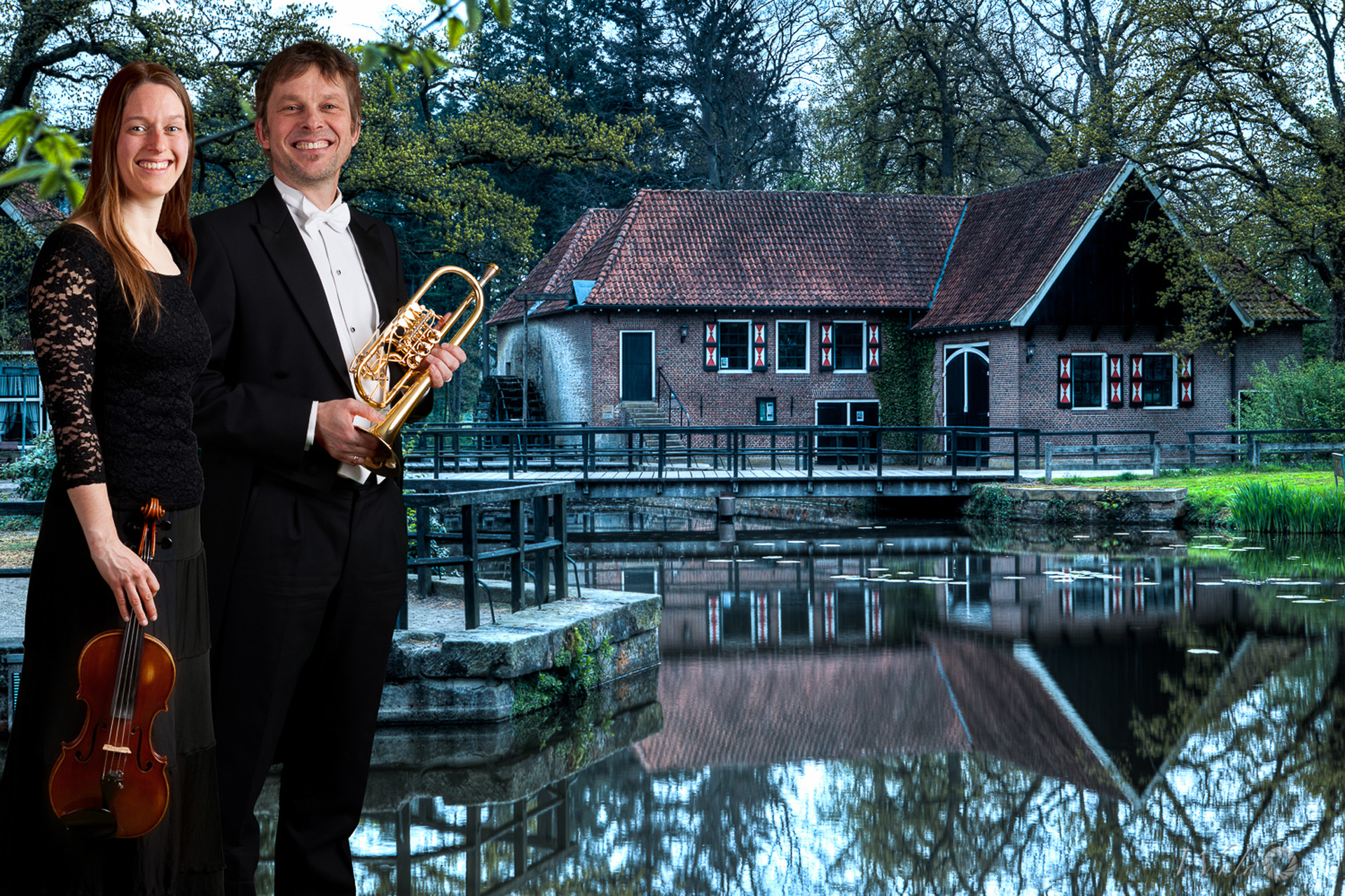 The Netherlands Symphony Orchestra commissioned a series of photos for a promotion campaign in their region. The concept was to show recognisable landmarks from the region featuring musicians from the orchestra, representing the deep ties that the orchestra has in their Province. The photos were accomplished by making a series of portraits of the musicians before a green screen,, and using these to make montages with background photos of notable landmarks from around the Province.